SPRK Lightning Lab is an app that lets kids program their Sphero robots from a tablet or phone. Beginning coders use block-based programming to direct and control their robot. A text-based code viewer is also available so kids can see how their block code translates into actual code. This gives experienced programmers more flexibility and is a scaffold to help students scale up their coding skills. 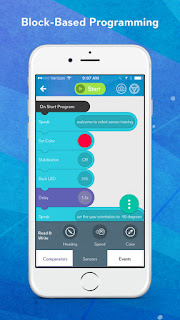 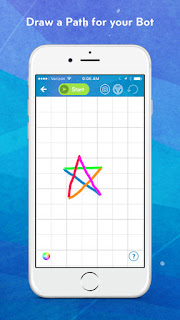 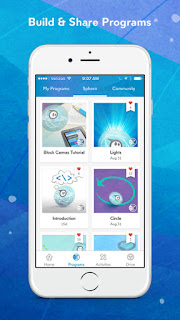