Play one of Arithmetic Invaders: Express addition, subtraction and multiplication games to defend the solar system and master K-2 arithmetic. Also, learn some basic facts about the Solar System.

Arithmetic Invaders Applications are designed as unique iPhone and iPad applications that both educate and entertain.

Intuitive table structure is used to present the list of space missions. Each mission displays a title, best score, and some basic information of the planet you are expected to save.

Unlock each level to play it. To do that, complete each mission in the given order. A user is allowed three incorrect hits. The mission length can be chosen: 2, 3 or 5 minutes. Completion of the last mission brings the user the highest rank – DEFENDER OF THE SOLAR SYSTEM. 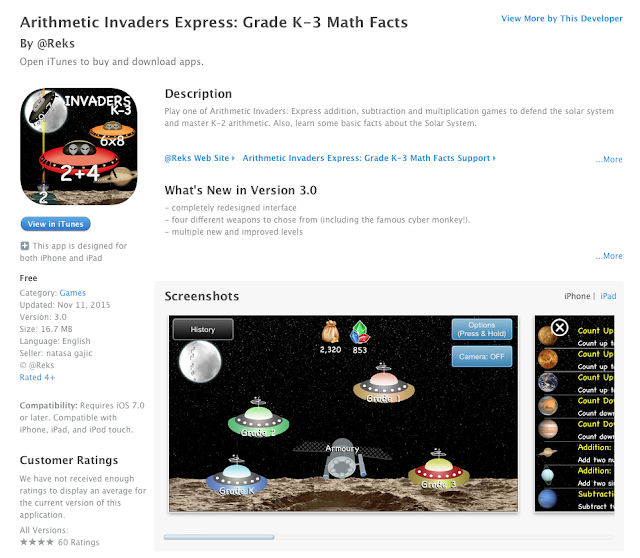