Help Okta reach the target (maximum, minimum, or a specific value) by choosing a path from the top of the maze to the bottom. Seven levels with seven puzzles will test your skills with powers of ten, negative numbers, fractions, decimals, and more. How many starfish can you earn?

Develop math skills while having fun? Yes, way! Pick-a-Path has been ranked in three different countries as one of the top three education and kids apps!”

“Not only is it developing their mental math computation skills, but also, the discussion that could be had for problem solving and looking at different patterns in the puzzles is exciting for students.” – Stephanie Fitzgerald (Math Specialist, Pennsylvania)

This app was developed by NCTM Illuminations. The web version of this app and supplemental resources for teaching are available at illuminations.nctm.org. 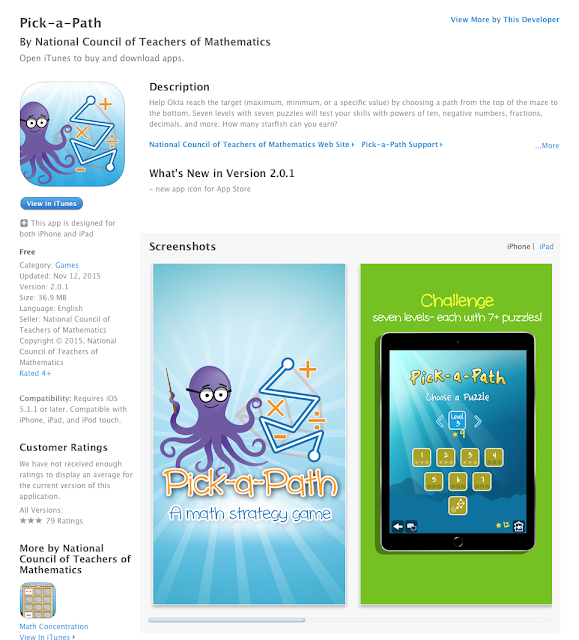