Have an idea for an app but don't know where to begin? You're not alone. That's why we invented DevKit – the most advanced mobile application builder in existence for non coders.

DevKit is a powerful application development tool that makes it easy for anyone to bring an app idea to life, no matter what age. It's perfect for kids, parents, teachers, beginning coders, or anyone who's just looking to build a mobile app.

There's no coding necessary! But DevKit is proven to teach a whole lot about coding concepts.

When you're done, you can post your app to the DevKit Arcade for other users to play, and you can even upload it to the App Store!

Learning to build apps has never been so much fun, nor has it ever been so easy. Download DevKit today and start becoming an expert application developer! 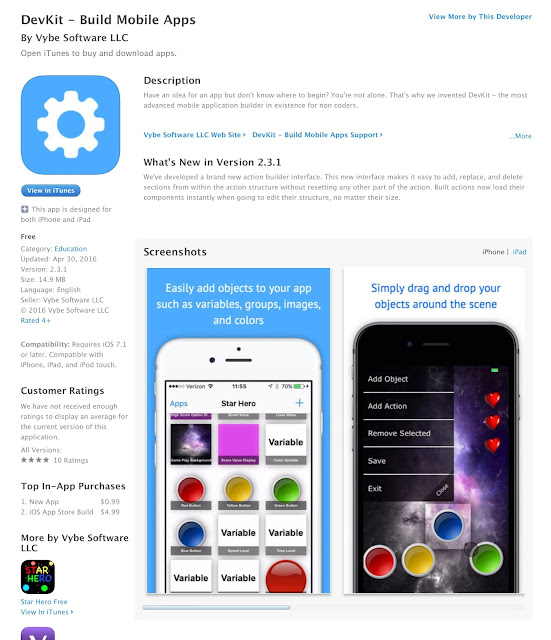