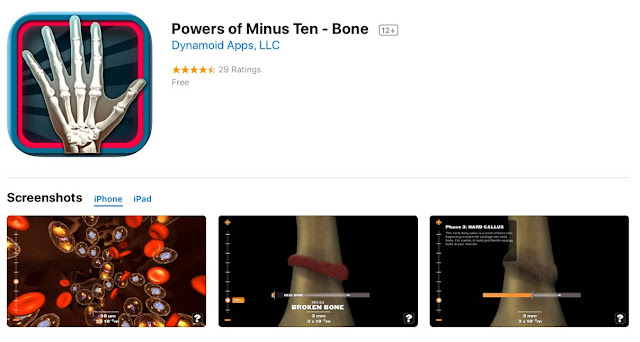 An adaptation of the original Powers of Minus Ten, made for the show Scientastic!, produced by Planet Earth Television.

In this version of POMT, zoom into human bones, see how broken bones heal, and investigate some of the cool and weird cells found in the middle of our most sturdy organs.