Launching Soon! ‘A Year of Education on Station’

Written by Nathan Smith on September 7, 2017. Posted in STEM and STEAM. 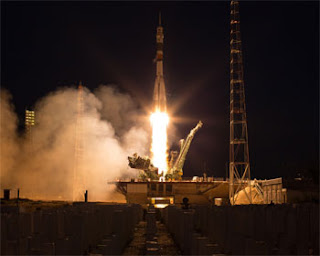 Tune in to NASA TV next Tuesday to watch astronaut and former classroom teacher Joe Acaba and his Expedition 53-54 crewmates Mark Vande Hei and Alexander Misurkin launch to the International Space Station. Shortly after they return in February 2018, astronaut and former classroom teacher Ricky Arnold will launch to the space station as part of the Expedition 55-56 crew. Keep an eye out for another upcoming launch – “A Year of Education on Station” website — for opportunities and resources designed to connect educators and students with Acaba’s and Arnold’s missions.